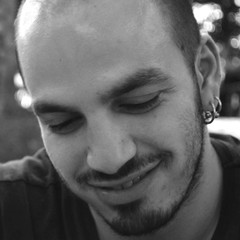 Ömer Süalp is a concept artist, award winning illustrator and character / creature designer currently living in Berlin, Germany. Creating imagery for games, books, films and similar mediums. With a background in Fine Arts, Film and 3D Animation, his aim in his work is to build a bridge between fantasy and reality.

His career includes the works in
CAVE, a character animation and visual effects studio;
BUG Game Lab, a game design lab in Bahcesehir University;
Modern Innova, a digital arts agency focusing on various VR and Kinect projects
and in the art team for films and commercials, from building sets to managing them throughout the shoot as a props master.

In addition to artwork he has also been involved in teaching activities in which he has been participating as an instructor in visual communication design and animation in VYZ Gezici Iletişim Atölyesi (VYZ Media on the Road).

Having been raised in New York and Istanbul he is comfortable in communicating, working and teaching in his bilingual languages, English and Turkish, and additionally German at the working proficiency level(B1).